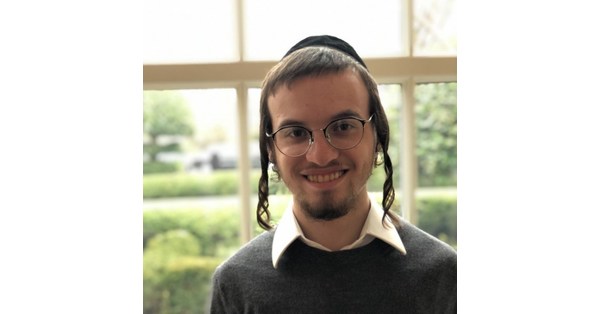 BROOKLYN, NY, September 8, 2020 / PRNewswire / – With nearly two decades of experience in closing hundreds of millions of dollars in small transactions, Eastern Union, one of the largest commercial real estate finance companies in the United States, has launched a new small loans division.

Sarah steinhardt has been appointed director of the new small loans division, which will focus primarily on multi-family transactions valued at less than $ 1.5 million, with a minimum loan amount of $ 150,000. The division – which has a national reach – will also organize financing of single-family rental portfolios (SFRs) or small multi-family properties with a combined value of up to tens of millions of dollars..

Eastern Union has a history of significant success in the small transaction space. In each of the past two years, the company has completed over 300 small transactions valued at a total of $ 250 million.

Ms. Steinhardt, who had been a subcontractor and underwriter at Eastern Union since September 2019, holds a double degree in international business and economics. She has enjoyed prolific success with the company, having recently completed 75 deals valued at a total of over $ 60 million over a six month period. Most of its closures were small-scale transactions.

Ben schwartz, also an accomplished trader, will serve as the prime broker for the new unit.

In addition to many larger deals, he signed over 60 small deals in 2019, and has already surpassed 50 such deals this year. Mr. Schwartz, senior loan consultant, will also continue to devote part of his energies to large transactions.

“This new division will ensure that small transactions continue to be processed with the same energy and efficiency as larger transactions,” said Ira Zlotowitz, founder and president of Eastern Union. â€œWhile Eastern Union already has an exceptional performance record in the management of small transactions, Sarah steinhardt and Ben schwartz will introduce new streamlined systems that will maximize speed and proficiency.

â€œSmall loans have always been such a large percentage of our business that it made sense for Eastern Union to grow and devote a full division to their interests,â€ he said.

â€œI look forward to leveraging Eastern Union’s strong banking relationships with large lenders to help support the business objectives of investors with smaller assets,â€ said Ms. Steinhardt. “By providing personalized service, the Small Loans Division will personalize the process to ensure each investor gets the best rate and terms available.”

â€œSmall transactions have historically allowed new investors to enter the real estate industry,â€ said Mr. Schwartz. At the same time, these small transactions often serve as a springboard to long-term success for new lenders and brokers.

About the Eastern Union

With one of the highest transaction volumes in the industry, the Eastern Union team leverages its relationships with banks and market knowledge to offer clients the best available rates.

The company arranges financing for complex, multi-state and multi-site portfolios, as well as loans for smaller, unique real estate transactions. The Eastern Union multifamily group reset market prices by introducing an unprecedented quarter point fee – with no return fees – for the refinancing of multifamily properties backed by Fannie Mae or Freddie Mac, deals known as the name of “agency refinancing”.

Eastern Union’s revolutionary app serves as a smart toolkit for commercial real estate. Its eCALC feature allows investors to fully assess and underwrite transactions instantly and in the palm of their hand. It is available for download from the App Store and the Google Play Store.

With nationwide operations, Eastern Union is headquartered in new York, with several branches along the east coast.