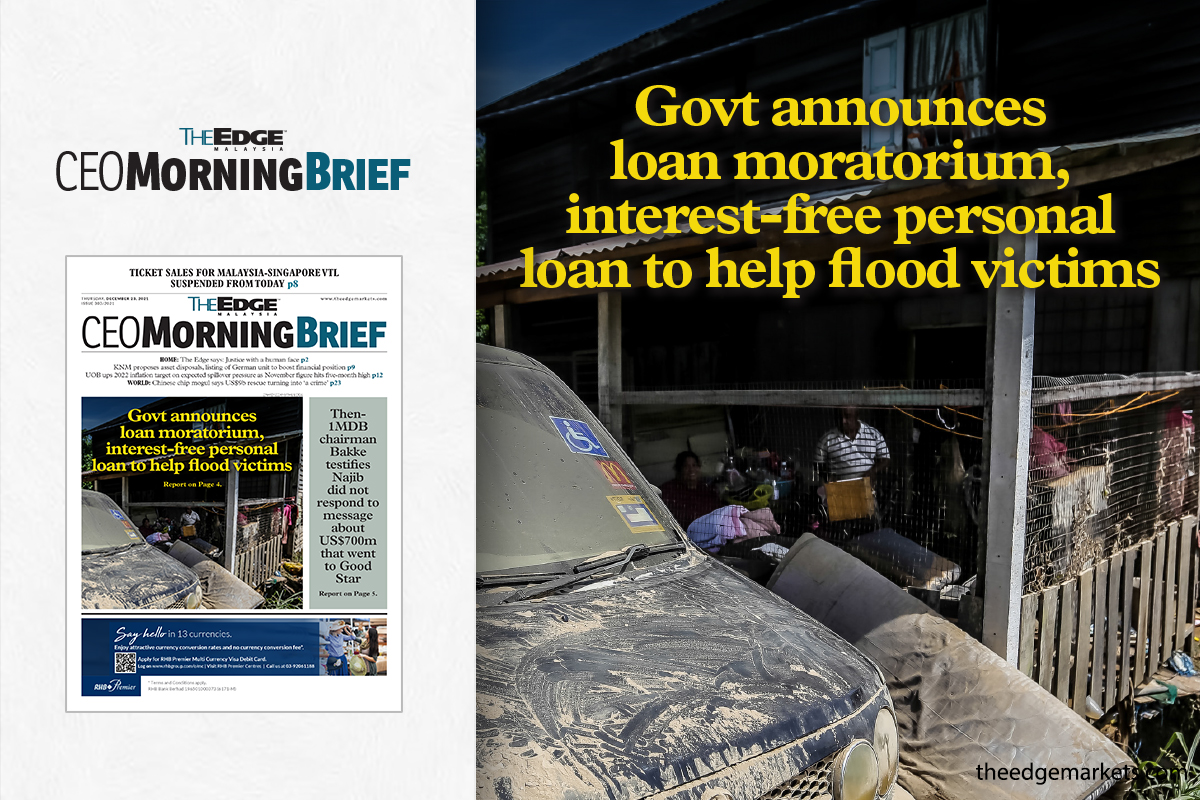 KUALA LUMPUR (December 22): Datuk Seri Ismail Sabri Yaakob on Wednesday announced four initiatives that will be implemented by government agencies and the banking sector to alleviate the burden on people and micro, small and medium enterprises (MSMEs) affected by recent massive flooding.

The Prime Minister, in a statement, said that Bank Simpanan Nasional (BSN) will provide interest-free personal loans up to RM5,000, and for this purpose, BSN has allocated RM100 million to help flood victims. to buy replacements for destroyed household equipment and furniture. in floods.

He said there will be a moratorium on repayment for the first six months and that this initiative is open to flood victims across the country.

Ismail Sabri also said that Tekun Nasional has set aside a RM30 million fund for a flood recovery financing program for affected MSMEs.

Loans of up to RM 10,000 without interest and a 12-month moratorium will be granted to eligible persons.

According to Ismail Sabri, Bank Negara Malaysia (BNM) is also working to increase the 2022 Disaster Relief Facility (DRF) allocation from RM 200 million to RM 500 million based on current needs.

He said another initiative is a repayment assistance program for flood victims with home or home loans, car loans, credit cards and personal loans.

â€œThe facility includes the postponement or reduction of installment payments for up to six months,â€ he said.

He said these initiatives were in addition to other types of government assistance announced earlier, including the payment of RM1,000 for each household in Keluarga Malaysia (Malaysian family) affected by the floods.

â€œI truly sympathize with the trials and hardships that Keluarga Malaysia faced after being affected by the recent catastrophic floods,â€ he said.

He said flood victims in Kelantan, Terengganu, Pahang, Perak, Negeri Sembilan, Melaka, Kuala Lumpur and Selangor suffered losses due to the destruction of their properties.